A Father, A Vet, A KTECH success

Scott Cooper did not expect to go back to school. Cooper, 40, joined the Army at age 23. He was an ammunitions specialist, serving most of his enlistment at Fort Benning, Georgia. “I actually would have liked to stay in the Army,” says Cooper. Cooper suffered a life-altering injury while on a training run. He put his foot in a hole and fell, and then was trampled by 3 other soldiers. “It ruptured 3 discs,” Cooper says. “I was 24-years-old and no one wanted to operate on me

We invite you to get fit for foster children!

Join us on Saturday, September 10th at 9am on the front lawn of the University Fitness Center for a fitness boot camp. You'll feel better body and soul, as all proceeds support Kids to Love in our mission to meet the needs of foster children. Invite your friends, family, or sign up as a team online. Click here or the graphic to register. University Fitness Center is a Health and Fitness facility serving UAHuntsville and the Communities of Huntsville, Madison and Madison Count

Washington D.C. – The National Association of Nonprofit Organizations and Executives (NANOE) is pleased to announced the appointment of Lee Marshall to NANOE’s prestigious 2017 Board of Governors. Marshall will be honored alongside fellow Governors March 7-8, 2017 in Columbia, SC at NANOE’s 2017 Capacity-Building Convention & Expo. This 2-day caucus is critical to charity’s future and will rely on a myriad of industry experts to re­new, improve, strengthen and distribute a ne

KIDS TO LOVE TO BUILD COTTAGE COMMUNITY FOR FOSTER YOUTH

So, You Want to Start a Nonprofit?

Become a Christmas Hero for Our Kids 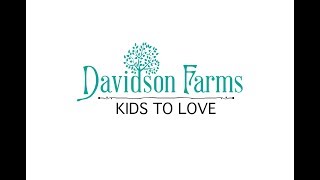 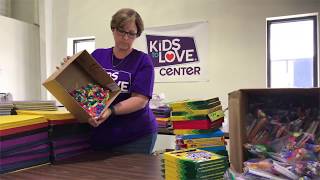 2017 More Than a Backpack Campaign is Largest Ever 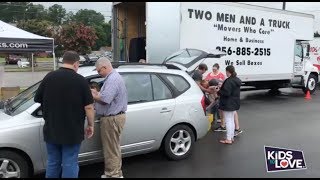 Today I kept a promise.

Hundreds of backpacks shipped out for More Than a Backpack, but thousands still to go

Meet the newest members of the Davidson Farms family

Celest's story: 'A family can help change you into the person you want to be.'

For Haylee and her new family, life changed in less than a year